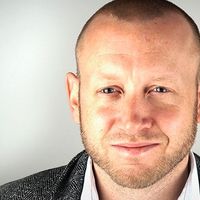 This has been said to me (or words to this effect) multiple times in the last month when I’ve told people of my intention to start another marketing agency.  This reaction is largely born out of the fact that these friends/family/peers have watched me ride a pretty darned hardcore roller coaster for the best part of 12 years.  The roller coaster’s name was ‘Purestone’.  A digital agency, myself and (the right honourable) Simon Butler, gave birth to in Jan 2005. There was no height restriction for this attraction, but it should have come with a whopping great disclaimer and health warning.  Why?  Well, to start with I'm blaming it for making me 'follicly challenged'.  It also contributed to the failure of my first marriage and (if I’m being brutally honest with myself) made me not a very nice person to be around at times, certainly in the early years.  That said, and in my defence, I climbed aboard and strapped in as a 27-year-old and whilst I’d been lucky to amass some fantastic marketing and commercial experience by this point I was still pretty green when it came to being a decent human being.  I disclose this not because I'm a terrible 'over-sharer' or I'm attempting to amp up the drama but because my journey in business, rightly or wrongly, has gone hand in hand with my personal life.  I can't talk about one without mentioning the other.

Now, the fairly cheesy corporate proclamation of "it's my baby", is on the money when describing an agency owners feelings towards his or her business.  So applying this to my story you could say I was too young to be a parent.  I struggled with the responsibilities and pressure that comes with looking after a newborn business, one that’s always hungry, always demanding and constantly in need of having its nappy changed. It would scream at me day and night and I’d have no idea how to satisfy its needs.  So like most newbie parents trial, error, success, repeat became the order of the day.

I'm not ashamed to say that on countless occasions I wanted to do a runner from its wails and wants but the fear of failure is a powerful force and inevitably hauled me back in.  Also, businesses become very human, very quickly.  So even though we only had a few members of staff at that time it would be their faces I'd see when I woke up in the dead of night with my brain spiralling towards irrational and deranged thoughts.  It would be these faces, along with those of family and friends, who would form a weird conveyor belt of guilt and judgement as I played out my fictional departure.  It was like an (even more) nightmarish corporate version of Jeremy Kyle. “So, James, why did you abandon your business when it was so young? So vulnerable? You’re a baaaaad man.” Cue boooo’s from the crowd, me pleading my innocence and Jeremy promising the results of a DNA test after the commercial break.

I got through these famously tough, ‘do or die’ early years with my sanity mainly in tact.  My hairline less so.  I was lucky to have a business partner that was older (sorry Simon) and wiser (you're welcome) than me so when we inevitably teetered he was able to help steady the ship and navigate us to calmer waters.  I continued to grow into the business and it returned the favour.  Year on year the pride and love I felt for my offspring swelled.  Soppy but true.  And, don’t get me wrong as tough as it was there were incredible highs. Highs that would instantly eclipse months of stress and toil. The big new client win. The new office. The perfect pitch. The perfect idea. The moment a member of staff who you’d nearly given up on, steps up and delivers. Hearing your agency’s name being announced as an award winner.

However, one specific moment stands above the rest.

It was in 2012, I’d been out of the office for a couple of days running workshops, attending meetings, etc. It was mid-afternoon, I went up in the lift, opened the office door and was instantly hit by a wave of noise. Looking around the room there were pockets of people intensely discussing god knows what, people rushing between desks, people drawing on boards, people chilling out in the breakout area, laughter, music, just stuff going on. At least 5 of the people I didn’t even recognise! It was a sledgehammer moment of realisation.

It didn’t need me and it felt fantastic.

This might sound a bit strange but my motivation was always about building an agency that was self sustaining.  This is why our strategy, year on year, was about reinvestment  of profits into people, technology and infrastructure.

It wasn't long after that, following a lot of soul searching, myself and Simon felt it was the right time to look for a suitor, somebody who could provide for our kin in ways we could not.  We found ourselves a M&A pimp and set about multiple rounds of speed dating.  It was a flattering exercise but as is true in much of business, chemistry was key.  We pretty quickly worked out what was a good match and what wasn't.  The short list got shorter and the 9 month process concluded with myself and Simon proudly strolling down the aisle to give away 'our baby's' hand in marriage. Purestone got hitched and became 'LEWIS Purestone'.   Like most fathers who give away their child it's a day of immense pride but also profound sadness.  It was the end of an era as three years of working an 'earn out' opened up in front of me.

Now, going back to these highs I mention, well, they are crack cocaine to the agency owner and after being a solid user for 12 years it’s proved an addiction that’s been tough to shift. You speak to any well weathered business owner, in any industry, and they’ll back this up. I’ve been cold turkey for about 6 months, operating as a consultant and whilst I’m really enjoying the work itself there’s been a constant gnawing, itchy feeling rumbling in the back of my head. Well, it’s time to scratch this itch, get back in the saddle and ride out once more. No, it’s not my first rodeo, which should prove a distinct advantage but I’m acutely aware that complacency can be lethal for a business. Also, I really don’t want to do what I’ve already done. One of the most attractive aspects of working in marketing is it’s an industry and discipline that’s in constant motion, so regurgitating an old agency model and approach would be pretty dull and more than likely fail.

It’s time for something different.

So, meet Bridge. My second child. An agency proposition and approach that I’ve been consciously (and subconsciously) cultivating for the best part of 5 years.  It became a twinkle in my eye (yes, I'm not letting the cheesy baby metaphor go) during a project I was leading for one of the worlds largest online payments brands.  We were being tasked by both the sales and marketing teams to re-imagine how it presented itself to prospective clients.  Like so many B2B brands they'd fallen foul of corporate egotism and buried themselves in a heap of introspective BS.  Anyway, it quickly turned into a truly pioneering project, and across a 6 month period we successfully led the sales and marketing collective from raw idea to a groundbreaking final solution.

It opened my eyes to the fact that true sales and marketing alignment could produce some pretty barnstorming results. Not only that but this coming together had happened organically and (relatively) painlessly. At the time this seemed alien to me.  I'd been that client side marketer constantly dismissed by sales as the 'colouring in department' .  I'd been the business developer banging my head against the office wall when marketing release yet another lead gen campaign that's wholly irrelevant.  This felt different and about bloody time to.  For too long sales and marketing, who should be utterly interdependent, have had a dysfunctional relationship.  So, why were things starting to change?  Well technology was clearly the catalyst, not necessarily the solution, but certainly the enabler.  Three big transformative waves of martech I would cite as being game changing in this respect, CRM, CMS and Marketing Automation.  In different ways they've helped to get sales and marketing around the same table.  And if you can achieve this you're in the right place to drive change.

So, fast forward to today and the landscape in B2B is more challenging and full of opportunity than it's ever been.  The green shoots of the sales and marketing 'love in' I witnessed years ago have continued to grow.  Helped significantly by a new wave of martech flying under the banner of Sales Enablement.  Within this micro-industry are some truly game changing solutions for sales and marketing teams.  Sales enablement is an industry and discipline that will stick, I have no doubt in stating this.  And this is where Bridge comes into the picture.  It is an agency that exists to help businesses understand and embrace the opportunities that better sales and marketing alignment brings.  The ways in which we can do this are numerous, some of them are simply about doing things better (content, ABM, strategy) and some of them are about being brave (breaking down organisational walls, investing in tech).

I'm truly excited about what Bridge has to offer.  I think the industry needs it.  Hey, I might be wrong, I honestly don’t know, but for now I’m strapped in and listening to the 'chug, click, chug, click' of the roller coaster.

“You’re starting another agency? Why on earth would you want to do that?” 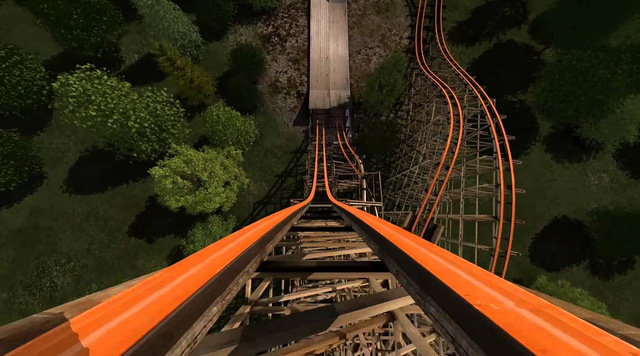 'Straight From The Buyers Mouth': Event Wash Up
James Smee

Sales Enablement: Sweet remedies Dr Oetker or is it a load of Betty Crocker?
Krishma Patel

For plans and pricing, please contact our sales team at sales@passle.net

Sorry, you don't have permission to repost or create posts.

Your repost is currently a draft. Review your repost and request approval.

Sorry - this is not an option. This post already exists in the Passle you have selected.

Try reposting to another Passle.